DNA and genetic research has become a topic of great interest in the 21st century. DNA forms the basis of all living things, and plays a vital role in the development of chronic disease. Genetic testing is the study of DNA, and is used to identify variations in genes and genetic expression. Genetic testing can help health specialists understand and solve many of the health issues we face today.

The way in which our genes are expressed influence our susceptibility to the onset of genetic disorders like cystic fibrosis, heart disease, etc. This article will take a deeper look into the genetic variabilities that affect our health status as individuals, as well as the tools used to identify these predispositions.

DNA molecules are composed of 2 polynucleotide chains that wrap around proteins called histones to form a double helix. DNA is the centre for information that contains the code holding instructions for biological functioning, development, growth and reproduction.

Chromosomes contain DNA that we find in the nucleus of each cell. Each person has exactly 23 pairs of chromosomes. One pair is the sex chromosomes (X and Y chromosomes), and the other 22 pairs are non-sex (autosomal) chromosomes. Each chromosome is made up of strands of DNA that hold genetic information for coding of biological molecules. This information is vital, as it codes for the production of certain proteins in the body.

Each pair of autosomal chromosomes contain one chromosome from the mother, and the other from the father, both of which are linked to the same gene. These genes can sometimes have variations, which are called alleles. This becomes vital in understanding our unique set of DNA and how this influences health and development. 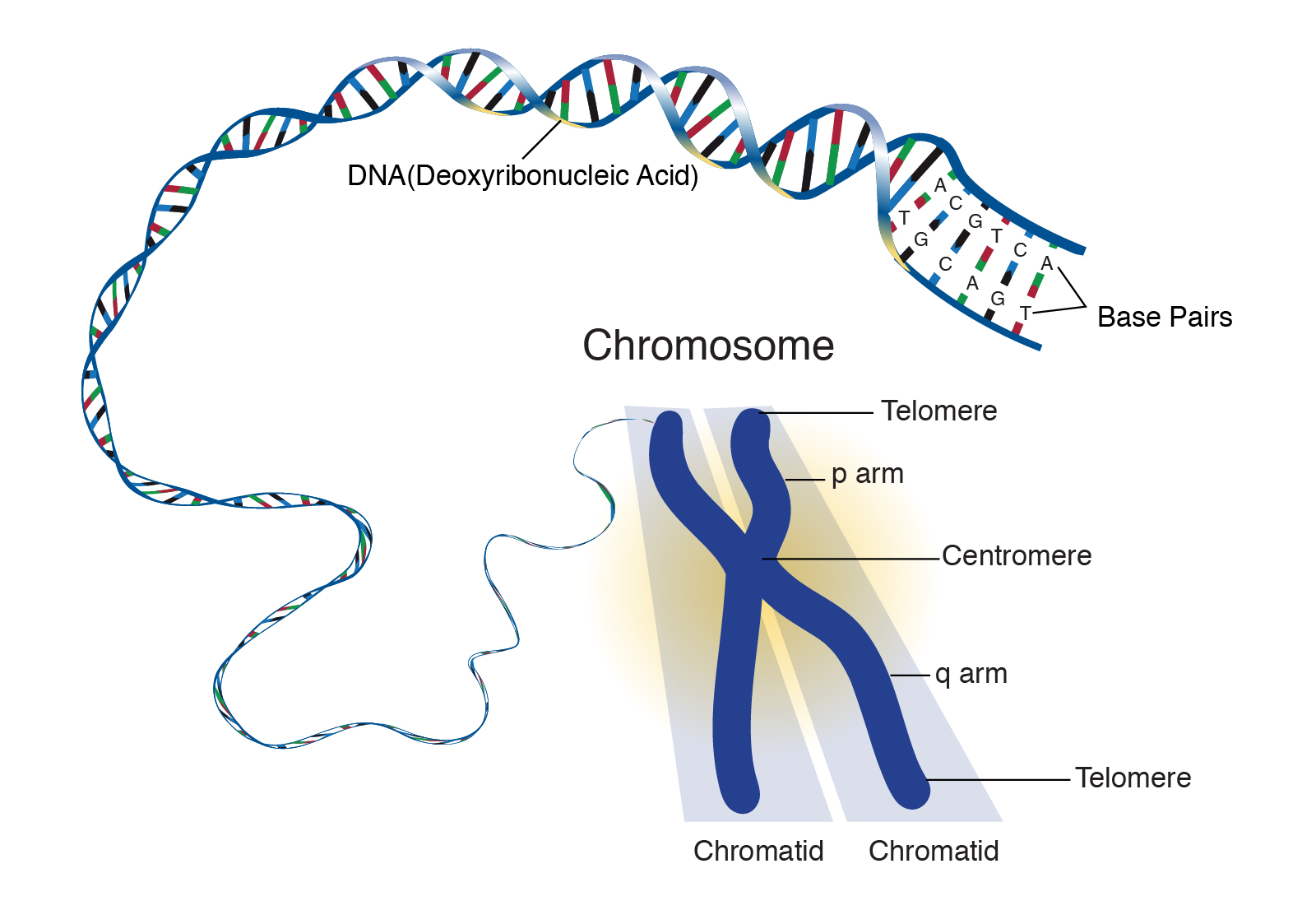 Some alleles may contain mutations. These alleles may result in an abnormal gene, which then results in abnormal protein production. When an individual only possesses one of these abnormal genes and the allele is recessive, the other dominant allele may be expressed and mask the abnormality. This recessive gene does not usually lead to disease. Clinicians have a particular interest in individuals who possess two copies of an abnormal gene, where the one cannot compensate for the other. These are called homozygous dominant or homozygous recessive genes and can lead to the development of disease in individuals.

Homozygous and Heterozygous genes are denoted using letters. They refer to the alleles of the genetic code, that determines traits like eye colour, hair colour, sex, as well as our predisposition to disease. Homozygous essentially refers to two things being the same and Heterozygous refers to two things being different or distinct. Individuals who possess the homozygous gene will carry two identical alleles (RR or rr), whilst those who are heterozygous carry two different alleles (Rr). 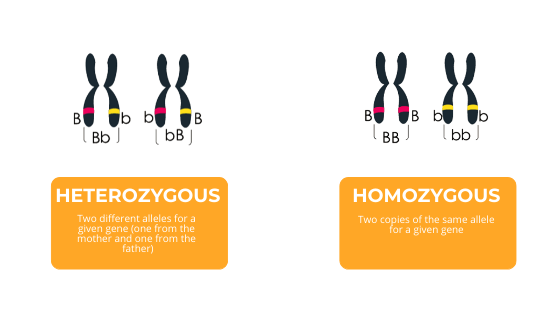 Homozygous means that you have two copies of the same allele for that gene. (Same allele received from mother and father)

Heterozygous means that you have two different alleles for a given gene (one from the mother and one from the father).

In an individual with different alleles for a given gene (heterozygous), one allele will be dominant and the other will be recessive. The dominant gene will be expressed and the recessive gene will be masked. This is where clinicians can study and analyse these two variants and make conclusions according to the person’s health status.

We have discussed how genetic disorders come about. Dominant and recessive genes play a large role in determining the outcome of disease. Science has shown that almost all diseases are influenced by our genetics. This being said, these variations are scaled differently in terms of importance. Disorders can be categorised into:

Multifactorial Inheritance is caused by more than one factor, including the gene mutation. Other factors that contribute to this are:

These conditions usually run in families and can be inherited, and include:

Chromosomal disorders have to do with, exactly that, the chromosomes. These defects can be attributed to either a lack or excess of nucleotides of a gene located on a chromosome or a missing or additional chromosome. For example, Down Syndrome is caused by an extra chromosome on the 21st pair. Other such conditions include:

There are a variety of different ways in which we can treat genetic disorders. Scientific research and genetic testing have grown significantly in the last decade, and have provided us with a far greater range of therapeutic options.

One option is to look at the replacement of certain enzymes that may be missing. Enzymes can be replaced in order to make up for deficiencies.

Some severe cases of genetic conditions would require surgical intervention. For example, people with genetic disorders related to heart defects can undergo surgery to repair the defect or opt for a heart transplant. People living with blood defects could opt for bone marrow transplants.

Gene therapy is a medical strategy that attempts to alter the genes within the body’s cells, in order to treat or prevent chronic disease. Genetic disorders are caused by genes that are not functioning effectively, and can eventually lead to disease. Gene therapy attempts to replace a defective gene or add new genes that aid in the treatment or management of the related disease. There are certain associated benefits, whilst risks are currently being studied and mitigated as medical technology and understanding advances.

Epigenetics refers to the associated behaviours and environmental factors that contribute to the way in which an individual’s genes function. Thus, clinicians can change these factors to treat and manage symptoms related to chronic disease and genetic disorders. Some of these treatments include dietary and lifestyle modifications.

Another option would be to limit or restrict the consumption of certain substances, in order to prevent the accumulation of toxins that are normally broken down by missing enzymes.

Studies have shown that genetics play a role in the development of severe COVID-19 symptoms. Although research is still in its infancy, links have been made to the relationship between critical COVID-19 patients and their shared genetic variations. Genetic Testing has advanced this knowledge significantly, and has influenced research in other fields of chronic disease and viral infection. 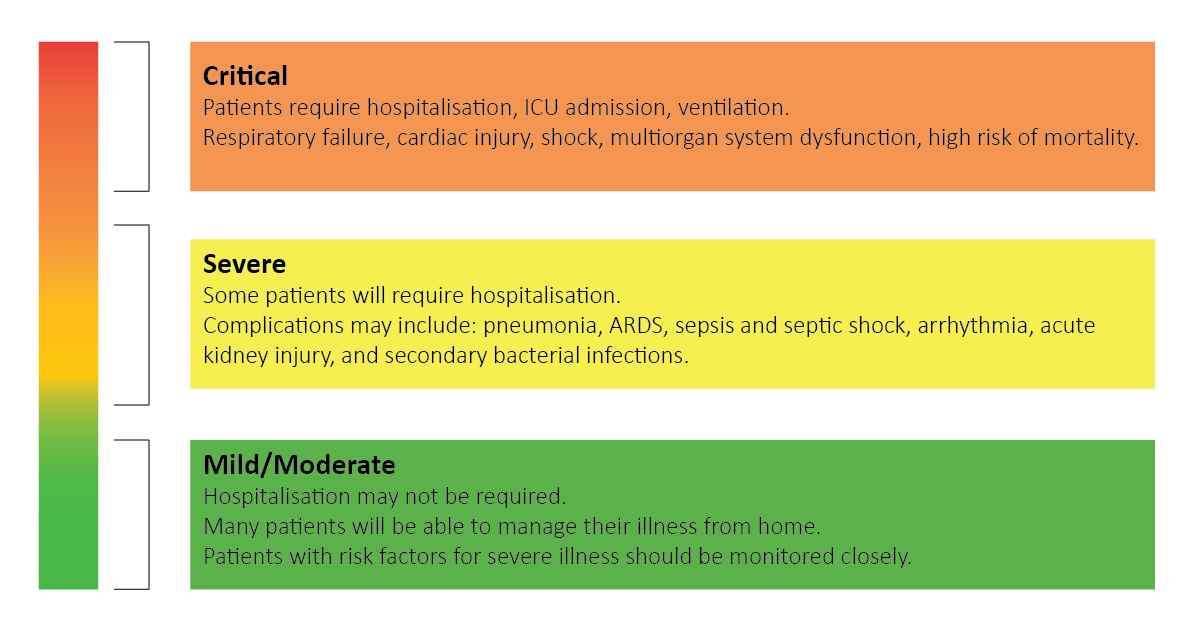 Clinical studies were conducted over the last two years, in which hospitalised patients were analysed and tested for similar genetic variants. The studies showed that those who presented critical symptoms, shared many of the same genetic variants, and this can be linked to their current state of health.

As the SARS-CoV-2 virus mutates and our response is challenged, many health specialists are turning to Integrative and Preventive medicine for solutions.

These modes of treatment protocols offer a host of benefits to both clinicians and patients alike. They provide therapeutic and preventive solutions to disease, especially while facing a global health crisis.  Integrative Medicine focuses on combining conventional methods of treatment with non-pharmaceutical approaches, whilst emphasising a holistic, patient-centred approach to healthcare.

The CDC have recommended the use of Zinc, Vitamin D and Vitamin C in the treatment and prevention of COVID-19 symptoms. Integrative Medicine emphasises the use of supplements, mental health strategies and alternative modes of treatment, whilst also taking into account conventional means of treatment. COVID-19 has not only affected the physical and economic wellbeing of the population, but also mental wellbeing. Stability in all these areas are key in managing stress-related symptoms as well.

In essence, genetics play a large role in the treatment, prevention and management of chronic disease, genetic disorders and viral-related issues. As our knowledge of genetics extends, so does our capacity for treatment. In the last decade, a large number of clinicians and health specialists have taken an interest in the integrative and preventive medical research and treatment being offered. This umbrella of medicine offers an array of benefits to our understanding of such things, and will open doorways to the betterment of global health, economic and social equilibriums.

How do I Become a Functional Medicine Practitioner to learn more about Genetics, Health and Integrative medicine?

The Institute of Integrative Medicine is a global leader in the field of Preventive and Integrative Medicine Education. We offer certified online courses helping you to take charge of your practice and improve the quality of life for your patients. As the field of genetics grows, so does the scope of tests offered to both doctor and patient. Find out more about the courses we offer today!